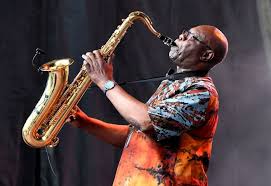 In 1972 Manu Dibango, artist recognized in his native country, asked the Minister of Sports of Cameroon to record an anthem to support the national team during the 8th edition of the Africa Cup of Nations, which takes place in beginning of the year in Cameroon.

Manu Dibango was awarded the sum of one million CFA francs to record the anthem, which appeared in 45 laps.

However, there is a title missing for the B side of the 45 rpm, and Manu Dibango records a piece inspired by a rhythm of the makossa movement by giving it a soul arrangement which becomes Soul Makossa.

The Single is distributed free to supporters but after the defeat of Cameroon in the match against the Congo, they break the vinyl in protest.

Despite this disappointment, Manu Dibango locked himself in the Decca Studios in Paris to record an album, on which Soul Makossa is located.

The single sold 50,000 copies in France. African Americans in France bring this disc to the United States.

In 1972, David Mancuso found a copy of the Soul Makossa recording at a West Indian Records store in Brooklyn, and often played it at parties at his nightclub.

The response is so positive that the few copies of Soul Makossa in New York are quickly purchased.

The song was then widely broadcast by Frankie Crocker, on WBLS, which at that time was New York’s most popular black radio station.

Ahmet Ertgun founder of the American phonographic company Atlantic Record, signs Manu Dibango whose title reached in 1973 the 35th place on the Billboard and invites him to make a tour in the United States.

The title is notably sampled on Wanna Be Starting Something by Michael Jackson and Don’t Stop the Music by Rihanna.

In the 1980s, Manu Dibango reached a financial agreement with Michael Jackson for the use of his song in the album Thriller, but the latter subsequently authorized Rihanna to use Dibango’s music for the title Don ‘ t Stop the Music.

On February 3, 2009, Manu Dibango decided to attack the record companies of Michael Jackson and Rihanna (Sony BMG, Warner and EMI) for having used the Soul Makossa theme without permission. Finally, the procedure ends in an amicable financial arrangement.

In 2011, a second version of the song called Soul Makossa 2.0 was recorded in France by Manu Dibango and Wayne Beckford. She is the first single from Dibango’s album, Past Present Future.

In 2017, rapper Booba mentioned this song in the title DKR from the album Trône, as if to pay tribute to it: “Passe-moi les massa mamakossa, F.L.O. ”