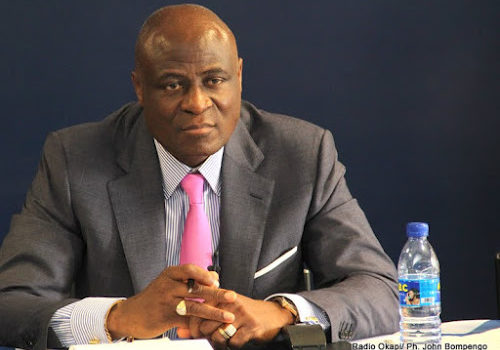 We did not move our competition from June-July to January-February because of the FIFA competition. It is the local organizing committee of CAN 2021 in Cameroon who sent a letter to CAF, requesting this change, in order to have a good competition, because June is the rainy season in Cameroon…

These terms are from the president of the Congolese federation of football association (FECOFA) Constant Omari Selemani also member of the executive committee of CAF who respond to those who think that CAF moved the CAN to JANUARY-FEBRUARY to please FIFA .

Given the fact that the next two editions of the AFCON (2023 Ivory Coast and 2025 in Guinea) will be played in countries with the same temperatures as those of Cameroon Constant Omari replies In the case of Cameroon, I told you that it was the local organizing committee that requested the change of date. If Ivory Coast or Guinea request a date change, then we will solve this problem, depending on the specificity of the country. We did not close the door [on a change of date]. But why did we change the date of the AFCON to June / July? Because of the players.

When we organize the AFCON in January / February, some players [with European clubs] say they are losing their place. So we thought it was better to play in the AFCON, once the championships [in Europe] are over and they are completely free to play for their national teams. As said, if Ivory Coast  and Guinea request a change, we will consider it. If they don’t, it’s not our problem.

According to public opinion There is another important problem that CAF has not addressed, the 2022 World Cup is in December, will CAF be able to organize a CAN in 2023 in Ivory Coast constant Omari net tranche The World Cup is just for a month. If they end in December, why not?

Regarding the problem of the release of professional players by Constant Omari clubs I think there is a problem. FIFA must be involved in finding a solution. But as long as the AFCON is on the international calendar, players must be released for the tournament. But the problem is not just the CAF. All confederations will have the same problem. The problem will be solved because it concerns us all.