Last weekend, during a seminar in Salé (Morocco), the president of Fifa, Gianni Infantino carried out an uncompromising analysis of African football and proposed to modify the CAN meeting cycle, with a competition every four years (instead of two currently) due to the fact that it would not be profitable enough. According to the president of the world body, the Euro, identical European format would bring in twenty times more than the AFCON.

If we can agree with a certain number of points of view that he developed, we cannot accept this argument without evaluating it. Comparing two formats on the sole principle that their territories are almost identical is a bit simplistic, especially when you know the differences in standard of living in the territories concerned. So how can you compare as objectively as possible? What numbers should be used to verify that the FIFA president is right in saying that the AFCON is a competition that could or should be four to six times more profitable?

One of the most effective elements of comparison when we want to calculate the wealth of a territory is the Gross Domestic Product, which makes it possible to quantify the total value of the annual “wealth production” carried out by economic agents (households, companies , public administration) residing within it. If African figures are not often very precise, according to the World Bank, the GDP of African countries is 2 292 billion dollars in 2018, against 23 068 billion dollars for the whole of Europe. As for the GDP per capita, which measures standard of living in the countries concerned, it is 1585 dollars / inhabitant in Africa, against 25 107 dollars / inhabitant in Europe.

European GDP per capita is therefore almost 16 times higher than that of an African. In other words, in terms of a ratio of 1 to 20, if we stick to the figures of the boss of Fifa, we can not say that theAFCON really underperforms compared to Europe. On the contrary, if the Euro is a commercial success, it should at least be the same for the AFCON. And all without looking for indicators such as the household savings rate, which in a way indicates the importance of the available for leisure.

So where to look for the announced reserve, the multiplication by 4 or 6 of the recipes? The question may arise, and all the more so since European football revenues hide a little that five countries (England, Germany, Spain, France and Italy) generate 75% of European football revenues. By making AFCON a global event? If Africa weighs only 5% of the global advertising market, the trend to digitalize may be worrying: if television remains the first item with 29% of budgets, the second item is now paid research (19%) followed by networks social (13%). In other words, markets where the players are not very numerous and in a dominant position. And the logistical difficulties for those involved in distance selling do not argue for entry to the second A of GAFA.

The speech may be a little pessimistic at first, but we should not leave the prey for the shadows. Certainly the CAN has a real problem today since since 2012, it has not been in the country supposed to organize it and that it has changed format and dates for three years. But is it not better that Africa thinks about effective internal solutions rather than thinking of a quick fix. What are the results of the AFCON 24, what are the results of existing club competitions and how to improve them to produce a local elite? How do we start from the African base, from the local, to find solutions rather than trying imported diagrams again? So many questions awaiting the CAF executive committee. 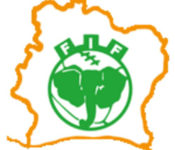